Where’s the Party? How Physical Location Can Impact Non-Compete Enforcement & The Effect Of Public Policy on Choice of Law 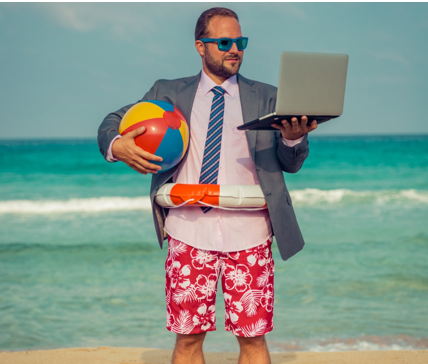 While the freedom to contract is widely protected in the United States, when it comes to non-competition agreements, some states are more “pro-business” than others. You may be skimming at this point because your contracts have a “Choice of Law” provision that says both parties agree to be governed by the laws of a particular state, but wait!

In addition to contractual language, courts may consider where your business is located, where your employee is located, where the work is performed, and the public policy concerns of the various states at issue in determining which state’s law applies to a cause of action arising out of a given contract.

Although protection of business interests will vary depending on the jurisdiction, most courts will recognize protections for trade secrets and other confidential information, customer relationships and goodwill, and investment in employee training.

Florida law prohibits contracts that restrain trade but allows employers to use non-competes that are both:

Many states have taken a public policy stance against non-competes because they can restrict an individual’s ability to make a living. Some states, like California, Montana, North Dakota, and Oklahoma, have banned them in most or all circumstances. It is notable that in Florida, the courts do not consider the undue hardship on the employee caused by the restriction on employment, and this has created quite the quagmire in certain multi-state situations. For example, New York courts have refused to apply Florida law at all with regards to non-competes because their stated public policy goals are to promote employability, and the Florida Statute focuses more on the business’s right to protect their interests.

We will spin off the classic pick-up line from CBS’s How I Met Your Mother, “Have you met Ted?” for an example. Let’s pretend Ted is an architect at a multi-national design firm. Ted lives and works remotely from his home office in New York, and the design firm is based in Florida. Ted interacts with clients in the Northeast region designing tiny houses, but the firm has clients nationwide and takes on both residential and commercial projects. Ted signed a non-compete at the time of his employment restricting his ability to compete post-termination for two years in the field of architecture for the whole United States, governed by the laws of the State of Florida.

In this situation, if Ted brought a claim against the firm in New York (where he lives and works), the courts would likely decline to apply Florida law, and the non-compete would likely be deemed overly-broad. Since Ted only worked with clients in the Northeast, a restriction of the whole United States is likely too much and the field of architecture too broad since he only worked on projects related to tiny houses.

In today’s tech-enhanced world, employers and employees often operate out of different states, so how are you supposed to know which state’s law governs your agreement?
Consult with an experienced employment law attorney knowledgeable about restrictive covenants.

It is essential that your agreement is:

The absolute last thing you want is to end up in court where a judge gets to decide what they think you should have meant, because 9 times out of 10, it’s not going to be what you wanted to happen and it’s going to cost you big. The investment in a well-crafted and appropriately-tailored non-compete will save you time and money and better protect your business interests long term.