The Partner Trap™ – The Importance of Written Agreements 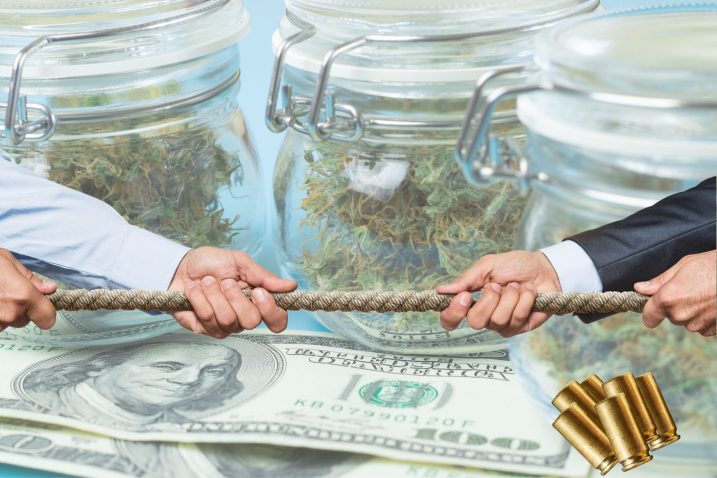 A Marijuana Dispensary, a Shooting, and a Partner Dispute

No matter how incredulous it may sound, it seems like every so often, a dispute comes my way regarding some kind of partnership where the people involved didn’t have the foresight to put the agreement – or at least essential terms – to paper. Sometimes the partners have too much trust in one another. Other times it’s just due to trying to rush things to get a new business started and not having the time or energy to work on paperwork. In any case, it’s always a very, very, bad idea.

In fact, what many fail to realize is that in Florida and other states, if you and a partner or partners start a business together, and you fail to properly form some sort of business entity (LLC, Corporation, Limited Liability Partnership, etc.), you will be treated under the law as a General Partnership, and most likely the courts will treat the partners as equal in terms of their ownership of the business. So basically, if you have a partnership formed orally between two people, and the split is supposed to be 90/10 (90 to you), but you never put things to paper, you are going to have a rough time if the other partner decides to assert that 50/50 was the agreed-upon split. In fact, I’ve dealt with cases where one partner denies that the other partner was ever even a partner at all! And that brings me to a very interesting California case.

Essentially, it was a suit between two partners (*) who co-owned Orange County’s first legal recreational marijuana dispensary. The dispute arose in February of 2017 when one partner, David DeWyke, forced the other partner, Derek Worden, out of the business, accusing him of bad conduct. First, DeWyke sued Worden, arguing that there was no partnership, and Worden was only a manager. Worden sued back (the technical term is a Counterclaim), arguing that a contract existed, and that he was a co-owner. Worden also claimed that DeWyke was responsible for an attempted “hit” on his life, when just a few months after the dispensary opened, Worden was shot three times by a person waiting for him in the parking lot. In the end, Worden prevailed in a jury trial, receiving back pay of $601,078 and restoring his one-third of the business. Next came the fate of the dispensary, since obviously, these guys couldn’t work together. Read more on this story of partner woes HERE.

Think of how much grief could have been avoided had the partners just had an attorney draft up a solid partnership agreement! Of course, I am not saying that if you don’t have an agreement, your partner is going to try to have you killed, but the prospect of losing out on over $600,000 should be sufficient to show that it is quite important to take these things seriously. In any case, we’re here to draft up your business agreements. We can even do the paperwork to create a legal business entity for you so that you don’t end up in court like Worden and DeWyke.

(* There is also a third partner, but he was not involved in the dispute.)