The Death of a Deal 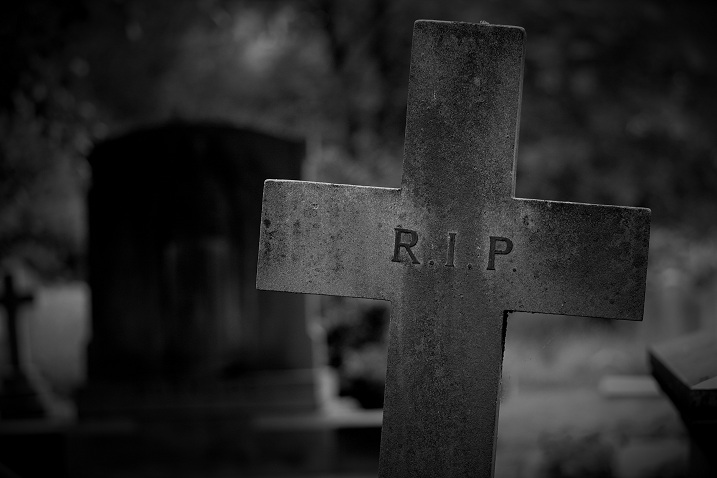 In our role of serving as outside general counsel to growth-focused entrepreneurs and their business enterprises, we have had the opportunity to represent clients in numerous deals, on the buyer and seller side, and ranging from a $3,500 pool route to over $100 million changing hands with holdbacks and earn-outs and stock swaps.

Fortunately, the majority of these deals have successfully closed, but there have been times that deals have died, often after extensive time and a lot of money has been spent by both parties and their very disappointed brokers.  While it is always disappointing when a deal does not close, especially because the process is often very disruptive to the productivity of the business, we have been able to gather a number of insights from these failed deals and we wanted to use this opportunity to share some of those insights with you.  This article is based on a recent experience that we had in one particular deal that ultimately did not close.  While we have altered some of the details to protect the confidentiality of our client, we hope that the insights shared herein will be beneficial for you as you contemplate or prepare for a merger and acquisitions transaction in the future.

Let me start by providing some background regarding the recent deal with which our firm was involved as legal counsel.  The parties involved included two manufacturing companies wherein our client was going to purchase the other manufacturing company, and at the same closing the combined company was going to be purchased by a private equity firm who was planning to take a majority stake in the combined company.  At the time the deal was in process, multiple private equity firms were interested and were conducting due diligence on both companies.  At the same time, our client was undertaking due diligence on the manufacturing company who was going to be acquired.

Cause of Death #1 – Customer Concentration

Within the due diligence process, a few issues emerged which ultimately led to the deal not closing.  One such issue which emerged was the fact that the manufacturing company to be acquired by our client had a significant amount of customer concentration in a limited number of customers.  The feedback from the private equity firms involved was that the significant customer concentration in a limited number of customers was a huge risk because if even one of those customers decided to take its business elsewhere, the revenue of the manufacturing company being acquired would be significantly decreased.  There were no long-term contracts (or short-term contracts for that matter) to mitigate these fears.  This issue ended up causing some private equity firms to pass on the deal completely and other private equity firms to significantly decrease the valuation they were putting on the combined company.  The insight that we gained as it relates to this issue is how important it is to make sure your company has a diversified customer base.  However, you should not just focus on diversification of your customers; consider too the importance of having a diversified vendor base as well as not being overly reliant on a select number of employees.  The more diversification you have in these three areas, the more attractive you will look to potential buyers, which will directly correlate to maximizing the value of your company.

Another issue which emerged in the due diligence process was the quality of the financial reporting that both manufacturing companies had in place.  The reality was both companies did not have high-quality financial reporting due to a variety of factors.  This issue was concerning to the private equity companies because it caused the financial data which they wanted to review being difficult to obtain.  It caused much scrambling by the companies to prepare the reports being requested by the private equity firms and ultimately led to there being some minor errors in the data provided.  These errors caused the private companies involved to be very concerned as to whether the financial data as a whole was reliable and whether there were potential larger errors in the data being provided.  This issue also led to some of the private equity firms passing on the deal and those who remained in the deal to use this issue as a means to further drive down the valuation of the combined company.

The insight we gained as it relates to this issue is that the quality of the financial reporting that your company is producing is very important to potential acquirers and needs to be reliable in nature so that additional risk is not unnecessarily added to the deal.  Having solid financial documentation in place in advance and maintained at all times will help to avoid any scrambling during the diligence process which can cause inadvertent errors in the data being produced as well as subsequent delays.  Further, having high-quality financial reporting will help you in your day to day management of your company thereby providing a benefit now, as well as in the future, when you make the decision to sell your company.

While there were other issues which emerged that ultimately led to the death of the deal, we wanted to highlight the two items above because these are key areas that can be addressed if you develop a plan now for a future exit; don’t wait until the failure to do so has repercussions on opportunities presented to you.

Finally, I want to take this opportunity to highlight one additional detail related to this deal.  Part of the reason our client had the opportunity to purchase the other manufacturing company was that its owner had recently had a heart attack which caused him and his family to rethink his life priorities on a go forward basis.  Ultimately, he decided it would be best for his health if he sold his company and retired.  However, due to this health issue arising all of a sudden, the owner did not have much time to prepare for his company to be sold.  This directly led to some of the issues referenced above because if he had been working on building an exit plan for a few years prior to this deal, he would have had been able to address these issues ahead of time, thereby increasing the chances for the deal to close but also resulting in him receiving a maximization of value as related to the company he spent 25 years building.  However, instead of selling for close to $30 million dollars, he is still operating the business.

The insight gained in this regard is you never know when an external factor may arise which will cause you to speed up the timing of when you may need to sell your company.  By starting now on building your exit plan and taking actions to present your company in the most attractive light for a future exit, you will significantly increase your chances to successfully close a future deal and receive maximum value for your company.

DISCLAIMER: THIS IS FOR EDUCATIONAL PURPOSES ONLY AND DOES NOT OFFER NOR SUBSTITUTE LEGAL ADVICE. ADDITIONALLY, THIS DOES NOT ESTABLISH AN ATTORNEY-CLIENT RELATIONSHIP AND IS NOT FOR ADVERTISING OR SOLICITATION PURPOSES. ANY OF THE CONTENT CONTAINED HEREIN SHALL NOT BE USED TO MAKE ANY DECISION WITHOUT FIRST CONSULTING AN ATTORNEY. THE HIRING OF AN ATTORNEY IS AN IMPORTANT DECISION NOT TO BE BASED ON ADVERTISEMENTS, ARTICLES OR BLOGS. HUNTER BUSINESS LAW EXPRESSLY DISCLAIMS ANY AND ALL LIABILITY REGARDING ANY ACTIONS, OR LACK THEREOF, BASED ON ANY CONTENTS OF THIS ARTICLE.