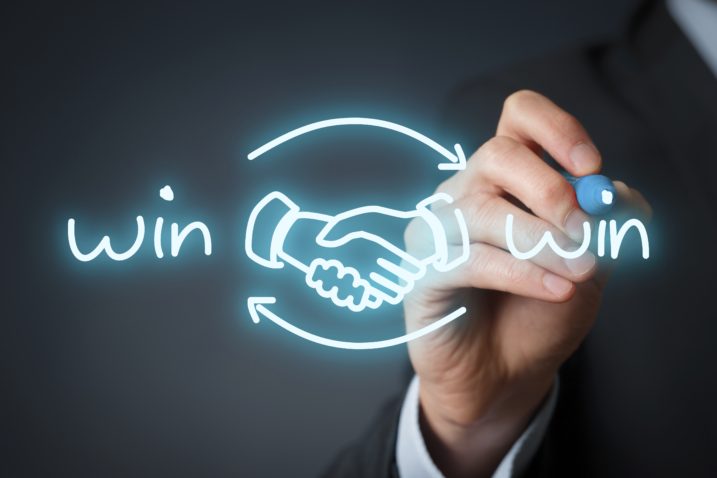 The negotiation table is an easy place to become competitive. It is natural to think we can get what we want by playing the game harder and faster. Attorney are groomed from the beginning to be competitive, and sometimes we enter a meeting with steam coming out of our ears because of anger and frustration over what has already transpired with the other party.

Too often people fall into a pattern of competitive negotiation the minute they walk in the door. This will often result in stalemate fights for a few small details and result in a lot of relationships broken beyond repair.
The other side of the coin, and where I try to stay, is cooperative negotiation. This is the instance that both parties get over the competitive nature of the situation and work together to find a solution. The win/win scenario sounds a lot better than one party winning and one party losing. It also sounds very idealistic, but in reality it is often a much harder result to reach since it requires some real creativity from the negotiators to make the win/win happen.

I once negotiated an agreement between a contractor and a company needing the labor. The contractor was upset with the lack of a minimum amount of work that was provided in the agreement, citing that the amount of insurance required made the overhead too high to remain profitable. Someone in the company who was my client wanted to walk away from the table to find a new source of labor. Instead, I called the state government of Illinois and found out that the insurance costs could be reduced. With one phone call we found a win-win solution.

The lesson is that a negotiation should always be a cooperative effort to create value for both parties, not a fruitless exercise to extract disproportionate value from the other. Digging further into the situation and finding a creative solution is often the key accomplishing a win-win.

Tip: Before sitting down to negotiate know what you want, what you can settle on as a compromise, and what is truly non-negotiable.
This Blog was Written by Hunter Business Law Attorney Ajay Singh Profile