Medical Marijuana in the Work Place 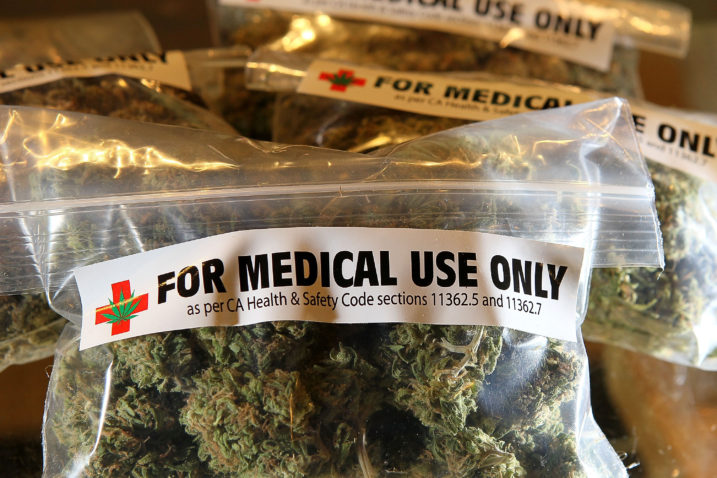 In the upcoming weeks, it is largely anticipated that Florida will legalize marijuana for medicinal purposes. With the legalization of marijuana comes a variety of challenges and legal issues. Employers should begin now to re-evaluate their drug policies in conjunction with medical marijuana.

What is the effect of legalizing marijuana in Florida? – If Florida legalizes marijuana, possession of marijuana for medicinal purposes will be decriminalized under state law. As such, individuals will not face criminal penalties from the state of Florida if they are in possession of marijuana and have valid medical documentation. Although marijuana will be decriminalized under Florida law, marijuana is still illegal under Federal Law. Thus, users can still face penalties under Federal Law for possessing and using marijuana.

What is the impact on employer rights? – Regardless of whether marijuana is legalized, it is anticipated that employers will retain the right to prohibit employees from using marijuana at work and from being under the influence of marijuana while at work. What may change is whether employees or job candidates can be disciplined by their employers or not hired for legally using medical marijuana outside of the workplace.

Can my company terminate employees who use marijuana? – The answer to this question depends on the purpose for which the individual uses marijuana. If an individual uses marijuana for recreational purposes (instead of for medicinal purposes), employers can terminate or not hire them, as recreational use of marijuana will still be illegal even if the use of medical marijuana is legalized in Florida. The bigger question is what happens to individuals who use medical marijuana and have a valid medicinal purpose for it? The answer to this question is unsettled and has the greatest significance to employers because:

This very situation occurred in Oregon where an employee was terminated after his employer discovered that he was using medical marijuana. The employee sued his former employer alleging that his termination was wrongful and in violation of a number of state disability statues. The employee alleged that he needed the marijuana for a disability and was terminated as a result of using it for his disability. Oregon allows for use of medicinal marijuana, but the Oregon court determined that because marijuana was illegal under federal law employers can terminate employees who use marijuana even if it is for medicinal purposes. (Emerald Steel Fabricators, Inc. v. Bureau of Labor & Indus.) California, Montana, and Washington have had similar rulings.

Other states, such as Arizona, have specific laws that directly prohibit employers from refusing to hire or terminate employees who use marijuana for medicinal purposes. However, the Arizona law specifically creates an exception where Arizona employers can refuse to hire or terminate employees who use medical marijuana if the employer would lose a benefit under Federal law. Delaware, Maine, and Rhode Island have similar laws to Arizona.

With varying laws amongst the states and total uncertainty in Florida, what should your Florida business do as related to its drug testing policy if the use of medical marijuana is legalized in Florida?
Must my Florida company change its drug testing policies if medical marijuana is legalized? The answer to this question depends on whether your business must comply with federal government drug testing standards. If your company does business with the federal government or must comply with federal government drug testing standards (via a contractual arrangement), it should not adjust drug testing policies. Regardless of the Florida law, the federal government still considers marijuana to be illegal. The federal government considers marijuana to be a Schedule I drug under the Controlled Substance Act (“CSA”) (21 USC 812(c)), and possession of which is illegal. The CSA defines Schedule I drugs as those that have a high potential for abuse, no currently accepted medical use in treatment in the United States, and there is a lack of accepted safety for use (21 USC 812(b)(1)). The United States Supreme Court has held that “[b]y classifying marijuana as a Schedule I drug, as opposed to listing it on a lesser schedule, the manufacture, distribution, or possession of marijuana became a criminal offense, with the sole exception being use of the drug as part of a Food and Drug Administration pre-approved research study. §§ 823(f), 841(a)(1), 844(a)[.]” Gonzales v. Raich. Therefore, for an employer to be in compliance with federal drug-testing standards, employees cannot be permitted to use marijuana regardless of whether they have a medical necessity for it. As a consequence, these employers should not adjust their drug testing policies as they would risk being out of compliance. Without a clear ruling from the Florida courts, employers in this category should take additional precautions (discussed below) to protect themselves from lawsuits against those terminated or denied employment for failing a drug test.

If your business does not need to comply with federal drug-testing standards, your business may want to alter its drug testing policy. Although it is uncertain whether Florida courts will or will not permit employers to terminate employees who legally use marijuana under state law, the issue will most certainly be litigated. Further, this is an issue that will be appealed and reach the Florida Supreme Court. As such, the cost of defending such a case may exceed $1 million in legal defense costs. Your business may determine that to minimize the risk of litigation it is best to permit employees who utilize medical marijuana to be exempt from drug testing.

What Should My Business Do Now? –If you are an employer, the very complex and uncertain landscape of legalization of medical marijuana needs to be top of mind and evaluated. Before your business alters its drug testing standards or exempts medical marijuana from drug testing standards, you should consult with legal counsel to: (1) specifically evaluate your options and craft a policy, and (2) ensure that altering the policy will not put your business in violation of your contracts or standards which may require your business to comply with federal drug-testing standards. It is also very important that you talk with your insurance broker regarding employment liability insurance. If your business is going to prohibit marijuana for any purpose (including medicinal) you should ensure that your business has an Employment Practices Liability Insurance policy that specifically protects against this type of issue.

Disclaimer – This article is a general interpretation of the law and is not fact-specific to you or your company. Likewise, it does not create an attorney-client relationship. You should seek an attorney for a review of your specific facts and documents and should not make decisions based on the content of this article.