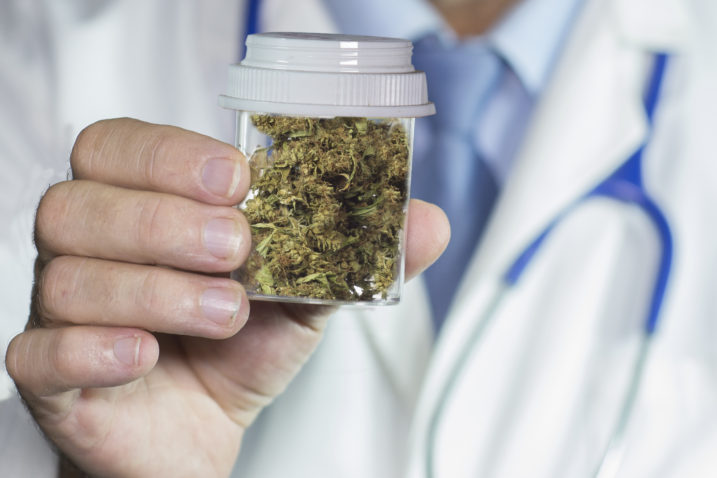 Although not yet legal in Florida, there have been recent developments like Dade County decriminalizing possession of marijuana and imposing a $100 fine, less than the cost of a parking ticket for holding less than 20 grams. In other jurisdictions, there have been recent developments on the topic of medical marijuana in the workplace that may have a great impact on Florida law.

When it comes to marijuana laws, it is quite possible that Colorado will become the go-to state for reference in the creation of marijuana legislation. Colorado was one of the first states to legalize marijuana for medical purposes and the first state to legalize marijuana for recreational use; therefore other states will look to Colorado and Colorado courts as to what to do when shaping their own state’s laws. While Colorado law is not binding in Florida and Florida courts are not required to abide by Colorado law, Colorado law will certainly be presented to Florida courts in the event medical marijuana becomes legal in Florida.

Recently, there was a significant case in Colorado that may impact Florida law in the future. On June 15, 2015, the Colorado Supreme Court issued a ruling in the case of Coats v. Dish Network, this case addresses the issue of medical marijuana in the workplace. The facts of the case are very simple, Brandon Coats, a quadriplegic, was an employee of Dish Network in Colorado as a telephone customer service representative. Mr. Coats has been in a wheelchair since he was a teenager and had been legally using medical marijuana in his home under Colorado state law to help with muscle spasms caused by the quadriplegia.

Coats was an employee of Dish Network from 2007 to 2010. In May, 2010, Dish Network performed a random drug test on Coats and Coats tested positive for tetrahydrocannabinol (“THC”), a component of medical marijuana. Even though Coats had a registered medical marijuana card, on June 07, 2010, Dish Network fired Coats for violating the Company drug test policy. Coats sued for wrongful termination on the grounds that Colorado law prohibits employers from discharging an employee based on engaging in “lawful activities” outside of work during non-work hours. Coats argued that because medical marijuana was legal under Colorado state law he could not be terminated for using legally using medical marijuana at home during non-work hours. Dish Network argued that because marijuana is illegal under federal law it is not a lawful activity, and an employee can be fired for using marijuana (regardless of whether it is for medicinal or recreational use).

Ultimately, the court sided with Dish Network and said that while medical marijuana may be legal under state law, it is illegal under federal law because the federal government considers marijuana to be a Schedule I drug under the Controlled Substance Act (“CSA”) (21 USC 812(c)), possession of which is illegal. The CSA defines Schedule I drugs as those that have a high potential for abuse, no currently accepted medical use in treatment in the United States, and there is a lack of accepted safety for use (21 USC 812(b)(1)). The United States Supreme Court has held that “[b]y classifying marijuana as a Schedule I drug, as opposed to listing it on a lesser schedule, the manufacture, distribution, or possession of marijuana became a criminal offense, with the sole exception being use of the drug as part of a Food and Drug Administration pre-approved research study. §§ 823(f), 841(a)(1), 844(a)[.]” Gonzales v. Raich./

What it means for Florida: As of the date of this article, medical marijuana is not legal under Florida law nor is it legal under federal law. Therefore, any Florida employee using marijuana for any reason is in violation of both federal and state law, and can be terminated. If medical marijuana is legalized in Florida, the Brandon Coats case will certainly be discussed in  Florida courts. However, there is no guarantee or requirement that Florida will agree with Colorado and side with employers. Florida courts may decide that they want to be more employee-friendly. Unless or until there is a United States Supreme Court case directly on this of medical marijuana in the workplace or a change in federal law, states will be able to make their own decisions for employers in that state. In the meantime, it is possible that the Brandon Coats case may inspire the Florida Legislature to enact state statutes addressing this medical marijuana issue for employers directly. For example in Minnesota medical marijuana will become legal on July 01, 2015 and the Minnesota legislature has passed state laws protecting most employees from being terminated for lawfully using medical marijuana (other states have done this as well). In the case of Minnesota, the Minnesota legislature made the decision so it was not up the Minnesota judiciary.

What will happen in Florida we are unsure, however, this is an issue Florida employers must monitor if Florida legalizes marijuana, or if a Florida employer has employees in a state where medical marijuana is legal.

Litigation Time – There is one additional factor that employers should be aware of in regards to employment litigation in general. Notice that Brandon Coats was fired on June 07, 2010. Coat’s lawsuit was not decided by the Colorado Supreme Court until June 15, 2015. That was over 5 years or 1,835 days. Litigation is very expensive, and as this case shows that litigation can go on for a very long time. (Further, it is possible that Mr. Coats could appeal this ruling from the Colorado Supreme Court and file a writ of certiorari to the United States Supreme Court further continuing this litigation.) If you are an employer of any size, it is important to recognize the costs associated with litigation, and as the Brandon Coats case shows it is quite possible for litigations to go on for 5 years (and possibly several years longer). Therefore, if you’re an employer you should regularly sit down with an attorney to review of all company policies and procedures regularly to minimize the likelihood that your company will be defending a lawsuit for 5 years like Dish Network was.