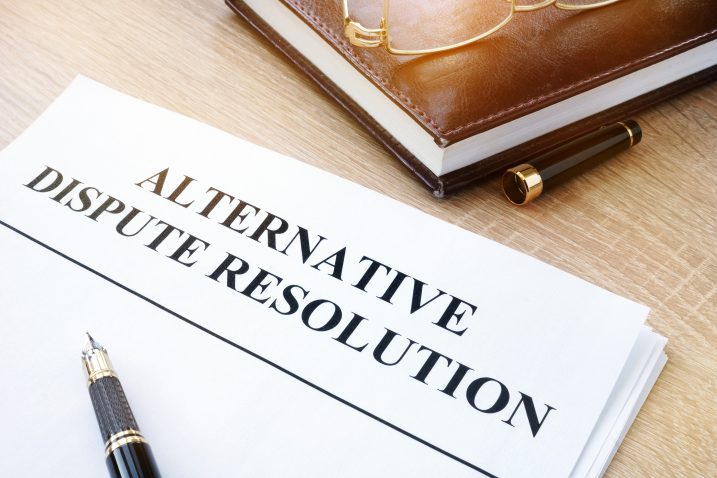 We’ve all heard stories about a business transaction gone wrong: a vendor who didn’t provide goods as expected, two parties interpreting contract terms differently, or a client who has unreasonable expectations from your services. These aren’t just hiccups one encounters as part of conducting business. Sometimes, these disagreements can turn into real disruptors and can even put in jeopardy everything you’ve worked so hard to accomplish.

While some people abhor litigation and try to avoid it as much as possible, others may see it as a tool to obtain leverage. The spectrum for threatening a lawsuit can range from honestly believing one has been wronged, to intimidation tactics.

What’s a person to do if he or she wants to minimize damage?

TV shows only show us courtroom dramas because that’s what’s popular, and it’s what most people are familiar with. However, for over 30 years, Florida has been utilizing ADR to resolve disputes. Instead of arguing before a Judge, there are options for conflict resolution.

Mediation: Mediation is an informal process where a neutral person (a mediator) facilitates discussion between the parties in efforts to reach an agreement. The best part about this option is that both parties have a level of control in the outcome. Since the process consists of going back and forth with negotiations, they get to offer and counteroffer terms with which they would be able to live. Also, the role of the mediator (who must be certified by the Florida Supreme Court) is to facilitate these discussions. He or she will not render a decision on the case. Further, mediation is confidential so what is offered and discussed cannot later be admitted in a court proceeding.

Rarely do both parties leave a mediation feeling like they got 100% of what they were hoping for; but finding a middle ground both sides can live with is a lot more desirable than a protracted, costly and unpredictable court battle.

If you reach an agreement, it will be memorialized in writing and signed by both parties. This accord would then be as enforceable as a court decision.

If you are unable to reach a resolution, the case will proceed to court. But again, information exchanged during mediation is confidential, so you will not be able to use a statement made by the opposing party against them at trial.

No matter the reason, litigation is costly, time consuming, and has the potential to destroy what was previously an amicable or cordial business relationship. It also drains resources that could be better used towards your business. As you develop your contracts and if you do end up with a dispute in your hands, it is worth it to look into ADR to more quickly resolve disputes and mitigate losses.

If you’d like to learn more about dispute resolution, and incorporation of mediation and arbitration into your contracts, contact Sheryl Hunter at hunter@hunterbusinesslaw.com to arrange for a consultation.

DISCLAIMER: This blog is for educational purposes only and does not offer nor substitute legal advice. Additionally, this blog does not establish an attorney-client relationship and is not for advertising or solicitation purposes. Any of the content contained herein shall not be used to make any decision without first consulting an attorney. The hiring of an attorney is an important decision not to be based on advertisements, or blogs. Hunter Business Law expressly disclaims any and all liability in regard to any actions, or lack thereof, based on any contents of this blog.